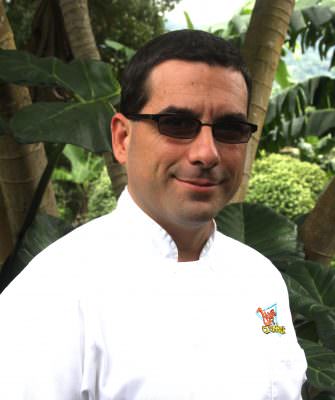 I grew up in Southwest Louisiana to a Cajun father and a Mexican mother.  We were always around food.  As early as I can remember my mother would find herself in the kitchen making something amazing and as soon as I was tall enough to see the counter I wanted to be in there with her.  My life choices put me in a difficult situation early on but I have always had a strong will to survive and succeed.  Working my way up the ladder I eventually got in the world of Sales and Marketing.  Being able to communicate efficiently allowed me to move up into high level management positions in most of my jobs.  Unfortunately this meant lots of travel.  It was during that time that I really started to evaluate my life.  What makes me happy?  Many nights away from my wife and children left me with a sobering reality that I have freely given my life to my employer and it was time to take it back.  Cecelia asked me one evening the following question, “If money didn’t matter, What would you do?”  I knew the response and it brought great joy and sadness to say it.  I confidently told her that I would cook for others.  This proclamation made me realize how I was trapped in a career doing something that I didn’t like all the while growing farther and farther away from my wife and kids.

It was a liberating evening at a Holiday Inn hotel in Oklahoma City in 2005 where I called Cecelia and told her that it was time we got our life back.  Let’s get radical!!  So that’s what we did.  I quit my high paying job and finally bet on myself.  Cecelia suggested that we move to Panama with the intention of starting a family business doing what we love to do.  Cooking.  What an amazing idea that was! Cecelia is my support and help mate.  There’s no one I would rather have by my side than her as she is strong, smart, beautiful, and confidant.    The road has been difficult but so incredibly rewarding.

After moving to Panama I rededicated my life to learning the art of Culinary Science so I spent countless hours reading and studying different styles of cooking.  We live in the age of information so learning from Master Chefs like Gordon Ramsey, Raymond Blanc, Heston Blumenthal, Paul Prudhomme, is easier than ever.  Dedicating time to studying their styles and practicing in our kitchen proved to be the most effective studying I have ever done.  If you want something bad enough, nothing can stop you from reaching your goals.